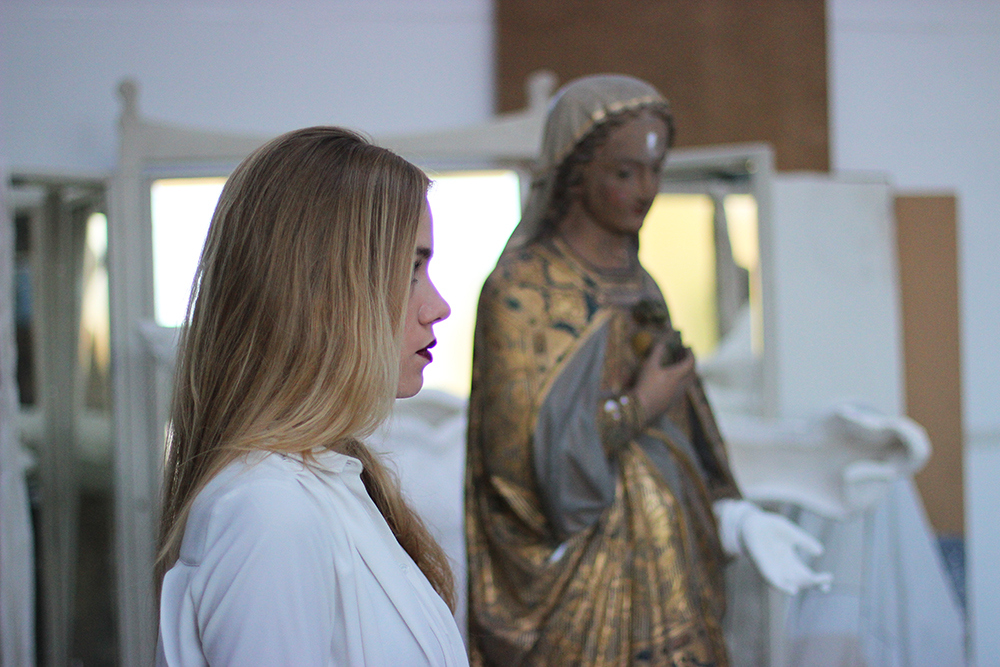 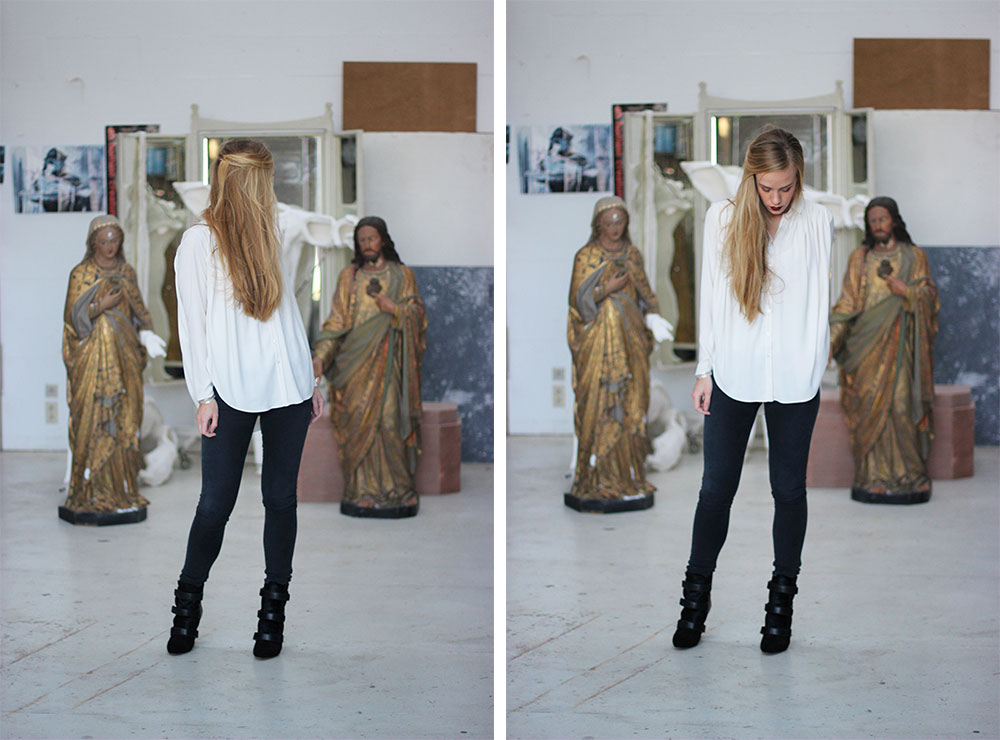 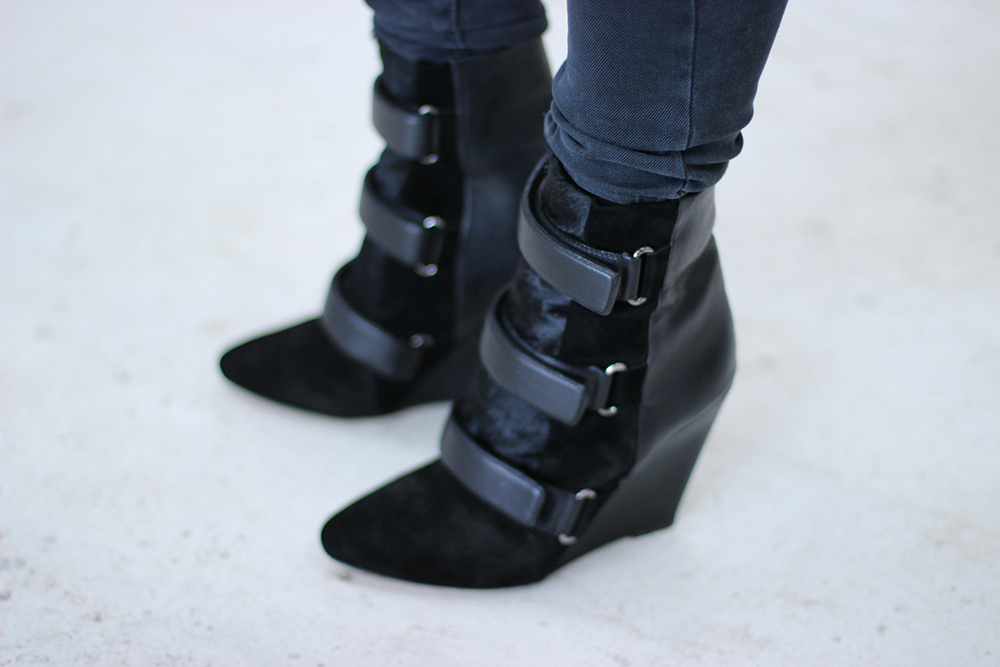 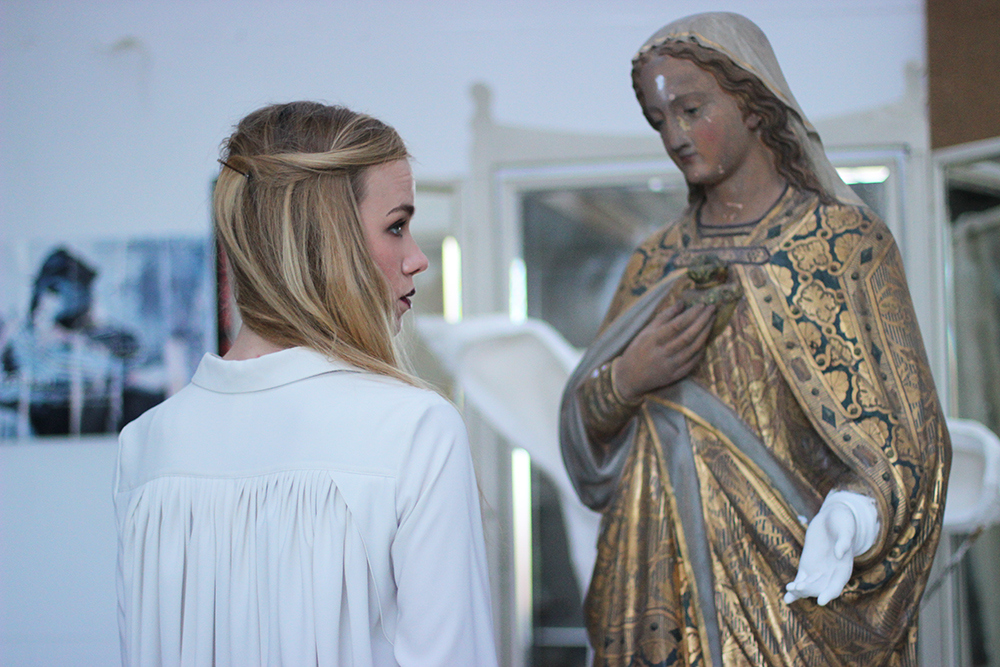 What happens when you mix a bit of religious history with the present on a blog that focusses on fashion… That actually wasn’t the question that popped into my head while standing in my father’s atelier. I just thought it was a nice idea to do something else, not thinking about the fact that these pictures maybe needed a story angle afterwards. After a two-hour brainstorm, my eye accidentally fell on my passport and 5 seconds later the subject was determined. This post is a link to my name, Ruth Marie Theresia and about three strong women in “the” and my own history and for all you amazing ladies out there.

My full name actually is a combination of the forenames of a couple strong personalities that played a key role in our history. Ruth is the least common one, originally Hebrew and finds its roots in the Tanakh and the Old Testament of the Bible. It tells the story about a young woman who leaves her family and nation behind to follow her own destiny. Marie we all know very well as the mother of Jesus and one of the most important saints in Christianity. And last but not least, Theresia can refer to a few great women in our history such as Teresa of Avila (better known as the model of Bernini’s “Ecstasy of Saint Teresa”) and Mother Teresa.

I inherited these three beautiful names thanks to my parents and my fantastic grandmothers, Marie and Theresia. Two great women I look up to, they always were ahead of their time and have a strong and inspiring personality. My “Ruth” part of the story is still in progress and I hope that someday I can be an example for my grandchildren too.